Joined 7 mo ago
·
80 Posts
This Baja battle between the Glickenhaus Boot and the new Bronco will be something to look out for, to those interested in the motorsports end at least. I actually don't care, unless its going to influence the creation of something someone like myself can buy... Bronco Raptor


If you could build anything in the world, what would you build? - Andrea Pininfarina

When Andrea asked us this question in 2005 he sparked our imaginations and turned us into a manufacturer. In November 2017 we had a blank sheet of paper and one answer to this question. Let’s build a new version of the Baja Boot that we can drive to Ensenada, race the Baja 1000, and drive home.

Unlike most companies that work for years in secret rooms before unveiling a nearly finished vehicle, we threw this idea into the public, and asked if anyone had any connections with SCORE. Within a week we had a phone meeting with SCORE, who was very supportive and welcomed the idea. We have shared many steps along the way through social and traditional media, because for us the process of creating something from a blank sheet of paper to a vehicle racing the Baja is an incredible journey that we love to share.

We unveiled our new Boot at Quail, in 2019, and have since put over 1000 hard off-road testing miles on the Boots, including over 700-miles in Johnson Valley, California. The entire team is fired up, and the Boot has exceeded everyone’s expectations for handling, performance, and most of all, comfort over extreme terrain. We tested the Boot over 102 MPH off road and it still had a lot to give.

We are pre-running this week, and will be driving the Boot down to Ensenada to race the Baja 1000 in a few weeks. We could not be more excited that we will be racing Ford with their new Bronco in Class 2.

The base Boot, which we are using to pre-run the Baja, has 19 inches of suspension travel front and rear with 39-inch BFGoodrich tires on Method wheels, Fox Coil over 3 inch internal bypass shocks, and 4-independent A-Arm suspension.

The Boot with the Baja trim package has 22 inches of suspension travel front and rear, Fox 2.5 Coil over front and rear and Fox 3.0 Bypass front and 3.5 bypass rear shocks with Method wheels and 37-inch BFGoodrich tires and 4-independent A-Arm suspension.


Everyone is doing a dream job. This project would not exist without the passion and incredible work from our Project Manager and Race Director Darren Skilton, Lead Engineer and fabricator Elliot Pollack and Armanda Engineering, and the design work by our Lead Designer Michael Young. The input from the drivers Viry Felix, Jon Krellwitz, and Darren Skilton, has well as many others have been invaluable.

Viry started as an off-road driver in the late ‘90s,


She has race over 85 races and has received several awards.


Viry became the first woman to manage the total miles in the SCORE International Baja 500, she finished 2nd. place in the sportsman class (June 2011).


At the 44th edition of the SCORE International Baja 1000 (November 2011), Felix made history again, she finished 1st. place in the sportsman class, becoming the first woman to achieve winning this race, after driving for more than 25 hours without any help on the wheel.

Felix is the only woman who has won the RECORD Off Road Championship in three different classes:

At the NORRA 2018 she finished 1st place in the Vintage ½1600 class, also without any help on the wheel.
Last year, Viry became the first woman to win a Score International Championship in class 11.

Born in St. Albans England, Darren spent his childhood summers growing up around the British drag racing scene, where his father was a champion racer. Moving to California at the age of 13 his love of motorsports continued as he followed his father on the NASCAR Winston West and IMSA circuits.

In 1991 Darren began his motorsports career in earnest by navigating for legendary off-road champion Don Adams in the Baja 1000. In 1992, after graduating from Cal State Fullerton with a BA in Political Science, Darren began driving in desert races. Since then has won 6 class titles at the Baja 1000 and captured 4 class championships.

In 1995, Skilton began racing internationally when he became the only American driver seeded for FIA Cross Country Rallies, competing in races like the Atlas Rally in Morocco, Baja Portugal and Baja Espana. In 2000 he led his two-car factory Kia team to finish the Dakar rally, a first for the Korean manufacturer. Returning 8 more times to the Dakar resulted in two OP Class victories for Skilton in 2011 and 2012. He has prepared production OEM race vehicles for Kia, Jeep, Honda, Toyota and Ford for the Baja 1000 and Dakar Rally.


In addition to the off road racing and rallying, Darren has worked as an off-road guide, driving instructor and consultant to OEM manufacturers. Darren is also the founding partner of the Sonora Rally, recognized as the premier rally raid event in North America, and Aventura Travel, a bespoke adventure travel company.


Skilton is fluent in French and Spanish and currently resides with his wife, Erinlee, and their daughter Aurora in Long Beach,California.


Armada Engineering is a leading manufacture of high performance off-road race vehicles. It has engineered and Manufactured vehicles competing in SCORE, Best in the Desert, King of the Hammers, Abu Dhabi Desert Challenge, Takilamikan Rally, and the Indonesia Xtreme Offroad Rally. Armada’s vehicles have earned many race wins across the globe.


In addition, Armada has developed and manufactured innovative vehicle solutions for films such as Fast and Furious, Monster Trucks, and Lost in Space. Armanda has also sustained OEM Race programs for Ford and Oshkosh Defense.

Joined 8 mo ago
·
133 Posts
It'll be definitely fun to watch for the race, hopefully this isn't a one time thing for Ford and it leads to some cool stuff down the line.
C

Joined 5 mo ago
·
59 Posts
I wonder how much Glickenhaus needed to recreate their Boot for this race, and like the Bronco R I wonder if this is going to be a one time thing or not.
C

The Glickenhaus managed to cross the finish line after 33 hours, 59 minutes, and 13.9 seconds of racing. It was the second-to-last vehicle to finish the race and did so in more than twice the time of this year’s winner.

The Bronco was one of over 100 vehicles not to finish the race. 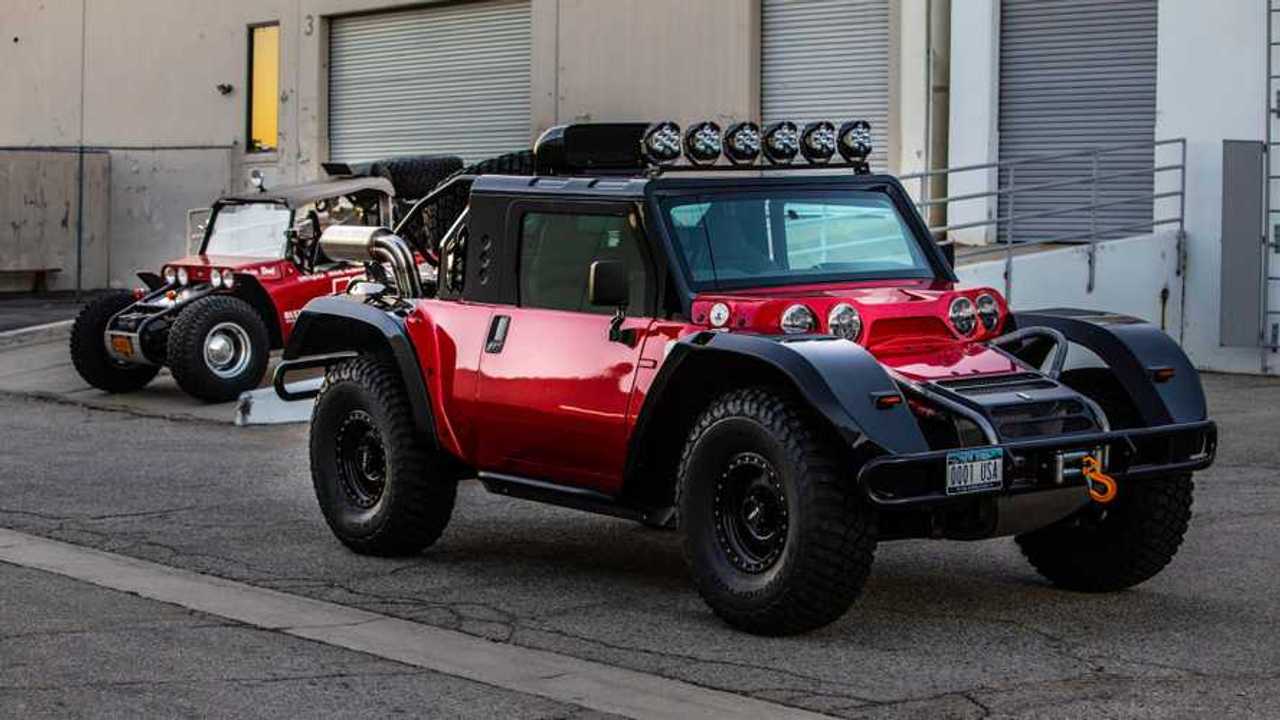 The Glickenhaus Boot finished the Baja 1,000, while the Ford Bronco R failed to cross the finish line.